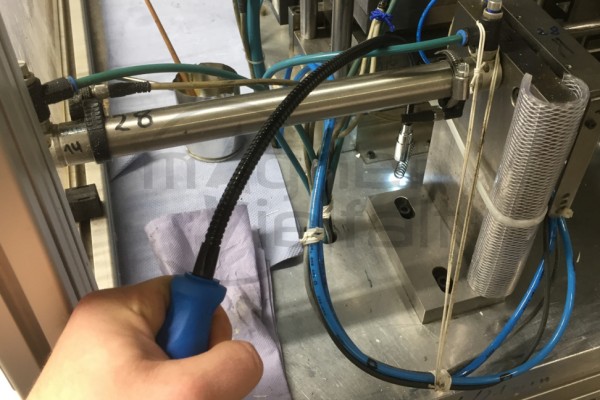 A magnetic pick-up tool with LED is convincing with the following features:

- The built-in LED light facilitates operation in a dark environment

A magnetic pick-up tool is an extremely practical tool which utilizes the magnetic attraction force. When screwing on the car, when working on machines or even in the household, small parts such as screws or nuts are often dropped and then lie in places which are difficult to reach e.g. in the engine compartment or under a heavy piece of furniture. With the hand it is not possible to reach the object.

There helps a magnetic pick-up tool. This is equipped at one end with a strong neodymium magnet which can lift up to 1.5 kg. Small parts such as screws or nuts are thus attracted by the tip and can thus be easily picked up. Thanks to the flexible neck that holds the magnet and also the total length of 600 mm you can also reach difficult-to-reach and even twisted corners to pick up items made of iron.

A further practical feature of our magnetic pick-up tool is the integrated LED light into the magnet tip. The light can simply be switched on at the magnetic tip and the objects to be picked up can also be found in the dark, for example in an engine compartment.

A magnetic pick-up tool is not only practical because it helps to reach places which are difficult to access; it is also an extension of your arm. So you have to bend less far behind to pick up items of iron from the ground.